Showing posts from October, 2009
Show all

Waste Water Plumbing for the LittleHouse 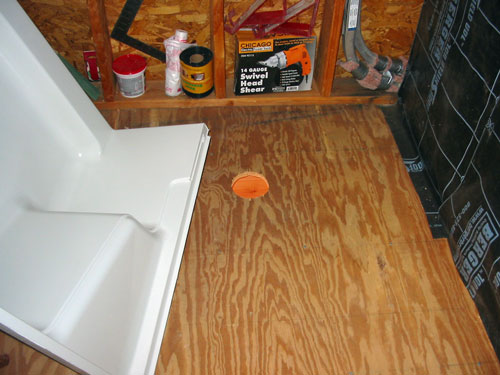 Waste Water Plumbing for the LittleHouse by rdpecken on Oct.25, 2009, under Plumbing Over October break, Tara and I went up to the ranch to do some plumbing on the LittleHouse. The weather was almost perfect, and we got a lot finished. We had picked up a shower kit from Lowes which is identical to the one we put in the washhouse, except the color is white, instead of cream.  It was the only model that there was in either Home Depot or Lowes that had the sitting platforms in it.  We really like that design for being able to rest your foot on it while washing. All of the other designs looked to be of inferior construction, as well. Since these were no longer being produced, we had a hard time finding them, and had to visit several stores before we found a set still in the boxes. After clearing all of our tools and supplies from the future bathroom, we marked and cut out the hole for the shower drain and toilet.   Shower Drain hole Next, we did the same for th
Post a Comment
Read more 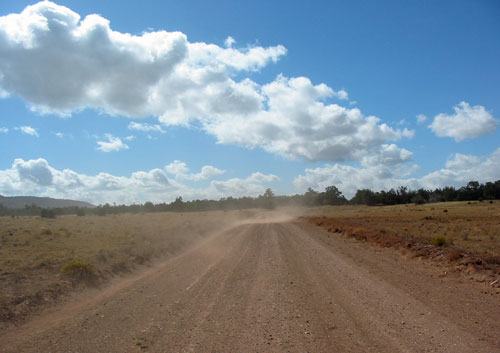 Markham Pass Improvements by rdpecken on Oct.05, 2009, under Area I went up to the ranch over the first weekend in October, just to drain the water lines and get ready for a possible early winter. We had major winds that whole weekend, as a front was passing through from the north, and a tropical storm was arriving from the south.  That resulted in some of the worst blowing dust I have seen in the area.   Blowing dust on Markham Pass When I arrived at Markham Pass, it was evident that some road work had been done.  The road was graded, the culverts were repaired, and it looks like several loads of cinders have been spread in the worst spots.  I hope they stay in place long enough to get mixed with the mud when we get some rain this fall/winter. Here is the section near Bullit Road…   Cinders near Bullit Road And the bad spot near Rigg’s place looks better with cinders…   Cinders near Rigg's Place Modahls’s curve looks a lot better, too…   Modahl's Curv
Post a Comment
Read more
More posts